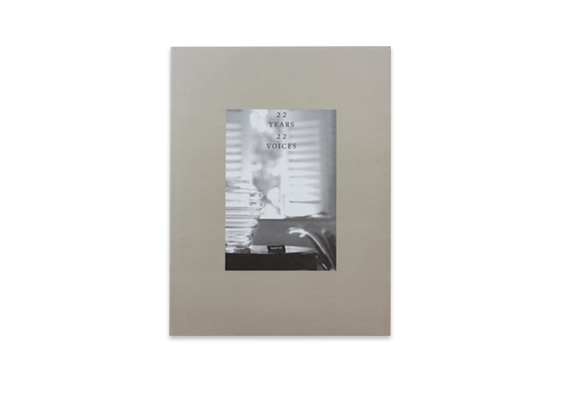 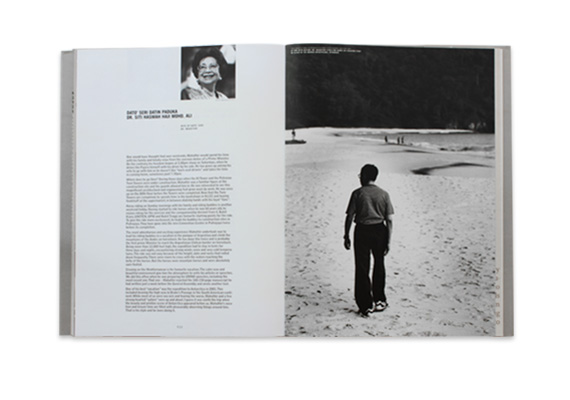 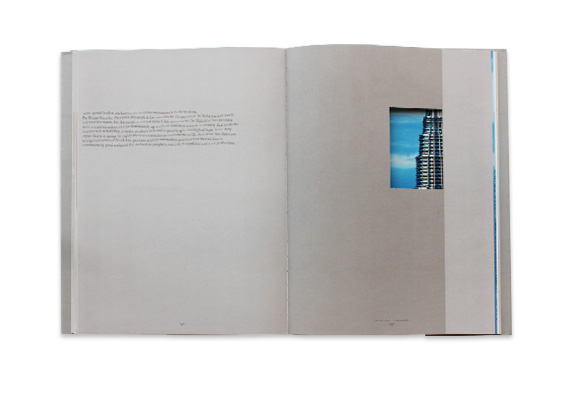 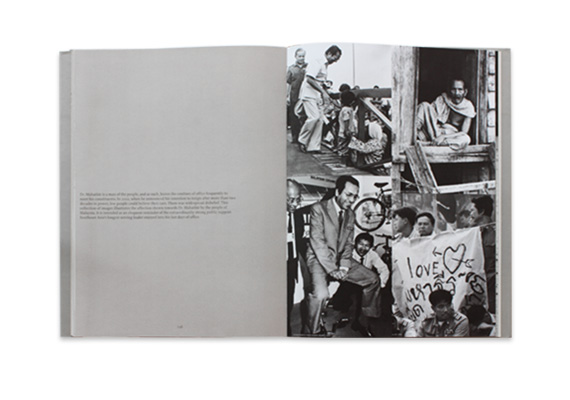 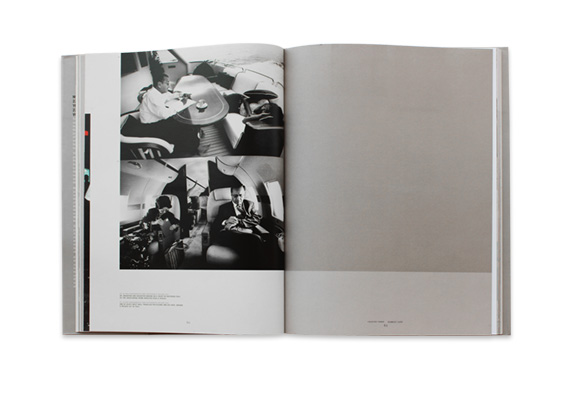 Mahathir: 22 Years, 22 Voices traces a road that, over the course of 22 years, led Tun Dr. Mahathir from his inauguration as the country’s fourth Prime Minister, down a path of political consolidation, and finally as the steward of a breathtaking economic transformation. Technology can make an image lie. Events can be staged. The camera never lies. Lighting may help enhance or change a mood, but the lens, when looking at a man or woman just looks at what’s on view. It is not aware of the biases or the emotions of the finger triggering its blink. The subject may try to hide his feelings but the eyes, the lips tell tales.

But look into those same eyes,that set jaw and see the determination to say and do what must be said and done, no matter what the consequences or pressures. That same challenging look, a bit more raggy after two decades of running a country but no less determined, captured by lenses when he was setting the country’s independent course against the warnings of foreign doomsayers and know-it-alls.

This book gives you that look in dozens of photographs. And a look into other areas – like when the crowds were not there (but the camera was). See the twinkling laugh in his eyes when he is playfully squeezing his son. See that unguarded bliss when behind the wheel of the go-kart. If the old adage about a picture saying a thousand words still holds true, then what you have in your hands is a very wordy tome. This book includes the words of 22 leaders of politics and business, colleagues, family and friends who have seen this man get on with the job. They include current and former heads of state, academics, business leaders and members of his family and cabinet. Among them: Jacques Chirac, Gerhard Schroeder, Fidel Ramos, Evgueny Primakov, King Sihanouk and Lula da Silva.

Canadian Michael Bociurkiw, the editor of this book is of Ukrainian descent and has been a journalist since the mid 80’s, covering major business and political events in Southeast Asia, including 3 years in Malaysia. As a correspondent Bociurkiw has covered world events such as spread of glasnost in the former USSR, the explosion of Mt. Pinatubo, and the 1997 handover of Hong Kong. He has interviewed world leaders including Mahathir, Lee Kuan Yew, Corazon Aquino, Chatichai Choonhaven and Vytautas Landsbergis.

Previously Bociurkiw was a staff reporter for the Winnipeg Free press, the South China Morning Post, Eastern Express and Asia times. His byline has appeared in several op-ed pages of the Los Angeles Times and the Globe and Mail. He is also known in many regions for his work with UNICEF. Today, Bociurkiw is the official spokesperson for the OSCE Special Monitoring Mission to Ukraine.